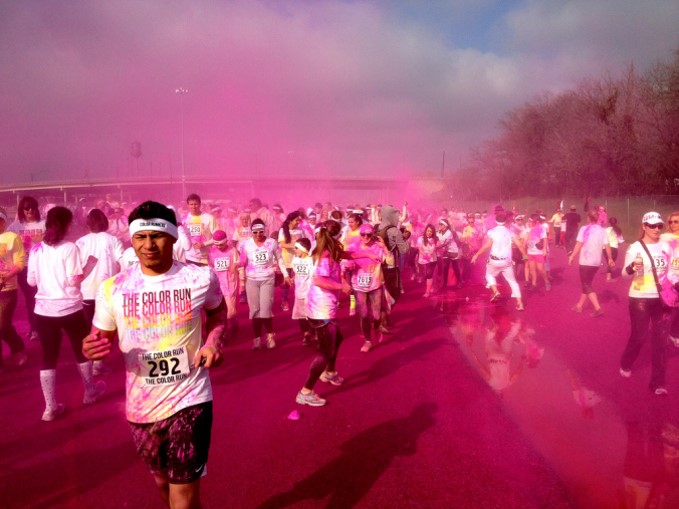 You can never take it back. The first day you lace up those shoes and head out the door, you become a runner. No matter the level; you cover a distance that can be recorded in time. It could be up to the top of the road or a carefully measured 10km loop. Until your next run, that is your best!

You progress, often quite rapidly at the start and develop a coherent story that becomes your running journey. The distances get longer and the time taken shorter. You race – a personal best or a PB – you can never take it back. A good run or if you’re lucky a race and you might experience flow – “a state of optimal experiencing involving total absorption in a task, and creating a state of consciousness where optimal levels of functioning often occur”. To the runner, this is a day when the legs refuse to tire and breathlessness is an impossibility – these are good days, boom times.

And then it happens – the first injury and all that follows: the denial, the hope, the anger, the despair and eventually the recovery. Unlike most drugs you ween yourself off: alcohol, cigarettes, caffeine – injury is cold turkey; the endorphin containing needle is ripped from the vein. The cravings, rather than beginning to ease, get worse; until you become an irritant to all those around you. Your first day back – elation – after elation follows despair. Previous injury is the most significant predictor of future injury – why? Part of the answer, I think, lies with our memory of the boom times.

What is it about the memory of the boom times that means we keep going bust?

The first reason is perhaps evolutionary and the second reason, science has recently shed some light on. The primitive part of the brain needed to be able associate things quickly to survive. For example, when a hungry lion arrived it was important to associate the lion with death in order to react quickly by running away or climbing a tree. Unfortunately, the legacy of this part of the brain is that we see all sorts of associations in daily life that don’t really exist. We make judgements on others based on appearance that are usually not true. We see a good manager of one football team and wonder why he is not so good at the next. The day we don’t experience a hangover from a night out leads to us adopting a drink for future events – only for the hangover to return. In essence, what you see is all there is. We are prone to ignoring the complexities to explain an outcome in a given set of circumstances and instead focus only on prominent memories. You have a great experience on holiday but the last day is a disaster – the prominent memory (the disaster) usually dominates as you recount your holiday.

You’ll be able to recall the key memories of the boom times in great detail but not the complexities. Your personal best will be an easy one and most likely, a phase of training (days or weeks) that preceded your PB. You will choose to ignore two things 1) all the training that went before that purple patch and 2) that the training which led to your PB is also the training which led to your injury. When you first come back running you will be satisfied with the simple pleasure of being able to put one foot in front of the other. The warm rush of endorphins a welcome reprieve from weeks of desolation. That first hit is short lived and much wants more. As we discussed before (The Theory of Self-Control), the runner’s desire for instant gratification is strong. What compounds this more than anything is an unrelenting desire to return to the boom times. Nothing will do only the ability to re-run that personal best or have that perfect weeks training. To do this from ground zero requires an exponential rise in training volume – this sudden change in training load is now scientifically beyond doubt as a predictor of injury. Your ability to forget the slow and gradual progress that was made to run your first personal best and remember only the end product has played a significant role in your next injury. Trying to run a time I did at 18-years of age occupied much of my 20’s and so did injury.

Strategies to avoid going from boom to bust

The first line of any good self-help book will tell you to forget the past and focus on the now. But how do we do that? Boom time memories of previous pace and distance are unhelpful –

Best of luck building a sustainable economy of effort. Peter

Running from Injury. Why Runners get Injured and How to Stop it View more posts