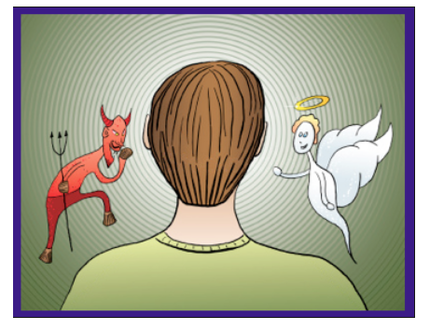 ‘You can have one good training session now or two good races later’, is what I imagine the runner’s version of the Marshmallow Test would be. The Marshmallow Test describes a test given to young children to test their self-control. Over many years of research, children were offered a treat. The treat was often placed in front of them and they were told that if they waited until the researcher returned to the room, they could have two treats. If at any-time they wanted to have one treat immediately, all they had to do was ring a bell. The longer the children waited during the Marshmallow Test, the higher their self-control. Amazingly, performance on the test as a child was linked to success in many facets of their life as adults – psychological, emotional and social. Does this mean that if you have low self-control you are doomed? No. What the researchers also found was that by reappraising the treat as a picture or less desirable object the children could increase their waiting time.

I want it now or I can wait for it later

The origin of such behaviour comes from two different places in our brain wonderfully illustrated in two books I have read recently. The impulsive part described by Professor Daniel Kahneman as ‘system 1’ or by Professor Walter Mischel as the ‘hot’ system and the rational part described as ‘system 2’ or the ‘cool’ system respectively. The hot system 1 has primitive origins and is key to survival such as hunting, reproducing, escaping a lion or slamming on the brakes of a car. The cool system 2 thinks more about future consequences e.g. two treats will be better than one or saving for retirement now instead of buying a BMW will lead to greater satisfaction later on. The hot system 1 acts quickly and sometimes automatically, the cool system 2 is lazy and slower to react. Although the cool system 2 is far more rational and concerned with our future selves, it requires constant effort to be engaged. This tussle between systems is often what makes breaking a cycle difficult. I can enjoy that cigarette now but I might get lung cancer in 20 years-time. We are far more concerned with our immediate selves.

How can it affect the runner?

Think of the satisfaction that comes from that moderate to hard 60-minute run. You’re feeling good and swimming in a sea of endorphins on your return. Relatively speaking you have received instant gratification for your efforts. Now think of that race that you could have done better in, had you avoided a run like that two days beforehand. OR think of that injury you picked up because you had the week off work and ran like that every day.

At the time of the run you could not activate the cool system 2 sufficiently to fully appraise the longer-term consequences of your instant gratification. Research suggests that had you been primed before that run you may have acted differently. For example, had someone said to you- ‘would like to run fast now or in two days at the race?’ Or if someone said to you – ‘would like to run every-day this week or 4 days a week for the next 7 weeks?’ Or – ‘remember how you felt the last time you were injured?’ These leading questions are attempts to try to get you to activate the cool system 2 to act in a way that protects your future self. The runner with the new PB at the race will be happier than the one who left his on a local road two days earlier. The busy office worker will be physically and mentally in a healthier place should he run for 7 weeks in a row than should he run for 7 days in a row.

How can a runner exert more self-control?

The key to the outcomes I showed you in last week’s blog more than anything was down to self-control. How do you exert self-control? Forward planning helps. I asked myself what was a realistic amount of consistent training that I would be happy with over an 8-week. I wrote the schedule. Then around week 4 when things started to feel good and I wanted (and normally would have) to do more, I couldn’t because I’d already agreed an 8-week contract with myself. Rises would need to be negotiated after the 8-week period (by which time I’d exceeded 2016 goals). The second thing I did was record my training in an excel file. When you can see the consistent log of miles or minutes that have gone before, you are less likely to make sudden jumps. For example, if you didn’t know that your average mileage for the last 4 weeks was 40 you could bounce up to 60 without fully realising the sudden change in load you were exposing yourself to. Thirdly, I knew I had a good degree of self-control when on a Saturday I could sit in ~5th place during the park run whilst knowing I could place higher or sometimes win if I chose to. Instinct shouted go for it, the cool system 2 had eyes only for the 10km race at the end of the 8 weeks. This is why in preparation I never ran faster than 17:25 for 5km but when it counted I ran two 17:10’s back to back.

What if everything besides running is just distraction tactics to exert greater self-control?

There is a logic and reason behind every day’s training I described last week which in summary was 3 days running and 4 days everything else (circuits, yoga, hurdles, drills, weights). The philosophical and somewhat cynical part of me wonders what if everything else is just a way of distracting the runner from the temptation of pursuing instant gratification via sudden increases in mileage?

Today is Tuesday – I’m happy with this piece – I’d like to release it now – but I’ll wait – as it is better for my future self to have weekly content for my blog rather than sending it all out at once 😊.

Running from Injury. Why Runners get Injured and How to Stop it View more posts